Most resume books are very similar, so similar in fact that virtually all resume books just repeat and recycle pretty much the same dated messages that have been circulating for half a century.

Our head writer, Paul, has a theory about this. His take, based on observations and after many years’ experience improving resumes written by other professional writers/companies, is that other authors/companies/writers just seem content to accept the myth that what worked 20, 30 or 40 years ago will work in today’s fast-paced modern job market, with busy, fussy and discerning executive employers. Rather than just accept the myth, Paul instead conducted extensive research and trialled/tested alternatives in the job market. It soon became clear to Paul that there were better and more effective alternatives to standard traditional resumes, which in turn led to Paul developing our high-impact resume writing methodology that has its base in sales and marketing and is tried and tested to give better results.

Our ethos, methods and whole outlook is different, which is why your resume will stand out.

It is also why Paul’s radical new resume book stands out from the others in the genre too.

It’s also yet another reason to choose us.
Where else can you go to get your resume written by the author of the most radical resume book in years? 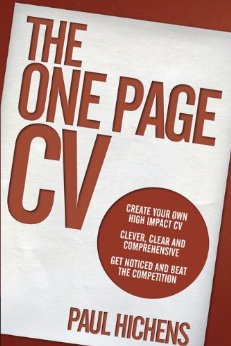